Home » About the Area » Geology and Mining

Duncan rests on the thick gravel beds of the Gila River, which swings north just after flowing into Arizona from New Mexico. Highway 70 crosses the northern edge of the volcanic Peloncillo Mountains here, with high-level rounded pebbles and cobbles of river deposits that are mainly Pliocene and Pleistocene. Route 75 from Duncan northwest to the “Three-Way” crossing roughly parallels the northern bank of the Gila and skirts lava flows from the southernmost slopes of the White Mountains. 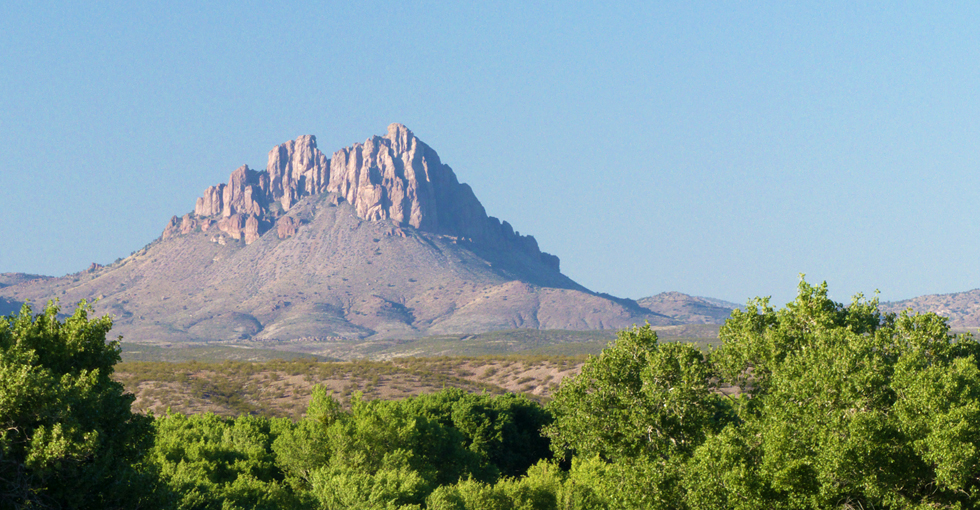 To the northeast are the Summit Mountains of New Mexico, of which Steeple Rock is the southernmost notable feature. The Steeple Rock district of the Summits contains more than 60 mines yielding gold and silver, almost all of them developed in the last two decades of the 19th century. Some of those were reopened in the 1930s when the value of gold nearly doubled, and there has been occasional re-mining of the area to the present day. In the 125 years since the first mines began operating, more than $10 million in metals has been extracted from the Steeple Rock district.

Mining in the Steeple Rock district exposed a sequence of Oligocene to Miocene andesite, basaltic andesite, and dacitic lavas interbedded with sandstones, volcanic breccias, and rhyolite ignimbrites. The ignimbrites are outflow sheets from calderas in the Mogollon-Datil and Boot Heel volcanic fields. Extensional deformation of the volcanic rocks left half-grabens and horsts with district-wide, northeastward dips of bedding planes and foliation. 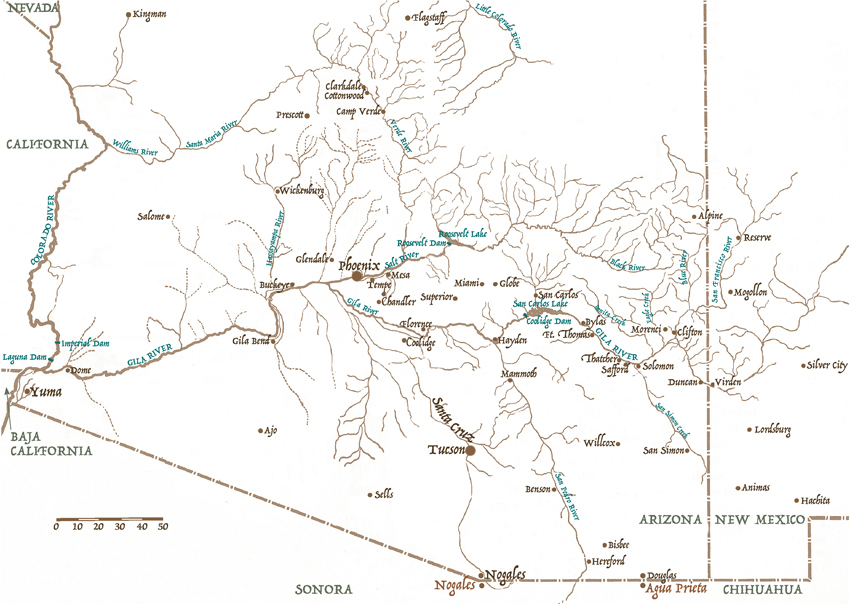 The Upper Gila River watershed in Arizona is about 7,450 square miles or 4.7 million acres. It is divided into six sub-watershed areas: Upper Gila, Animas Valley, San Francisco River, Gila Valley, San Simon Creek and San Carlos River. Elevations range from 10,912 feet at Escudilla Mountain near Alpine to 2,334 feet at the Coolidge Dam near the mining town of Globe. Duncan’s elevation is 3,400 feet.

Five million years ago, the Gila River was the major drainage system of the Southwest. Around that time, it met the Colorado River near the present site of Yuma, which led to a major watershed change that affected much of the region. The Colorado, which is at a lower elevation, drained the Gila, leaving the smaller riverbed that we know today.

The Duncan Valley basin, covering 550 square miles in Arizona, is part of the Basin and Range physiographic province. The Gila River runs through it from southeast to northwest, with elevations varying from 6,571 feet in the Peloncillo Mountains to 3,336 feet at the downstream end. The elongated valley, framed by the Peloncillos on the west and the Big Lue Mountains on the east, is surrounded by impermeable rock and contains water-bearing sediments of three types. The younger alluvial deposits of gravel and sand overlying clay follow the river and its tributaries and vary in depth from one to 170 feet. This is the main source of water for settlements in the valley. Some wells tap the second type of sediment, the “Gila Formation,” which consists of poorly consolidated sand, silt, and gravel deposits. The third sediment type, an older basin-fill, consists of alluvium, tuff and volcanic conglomerate, and produces little groundwater.

For thorough information on the Gila River Valley please visit the pages of The Gila Watershed Partnership.